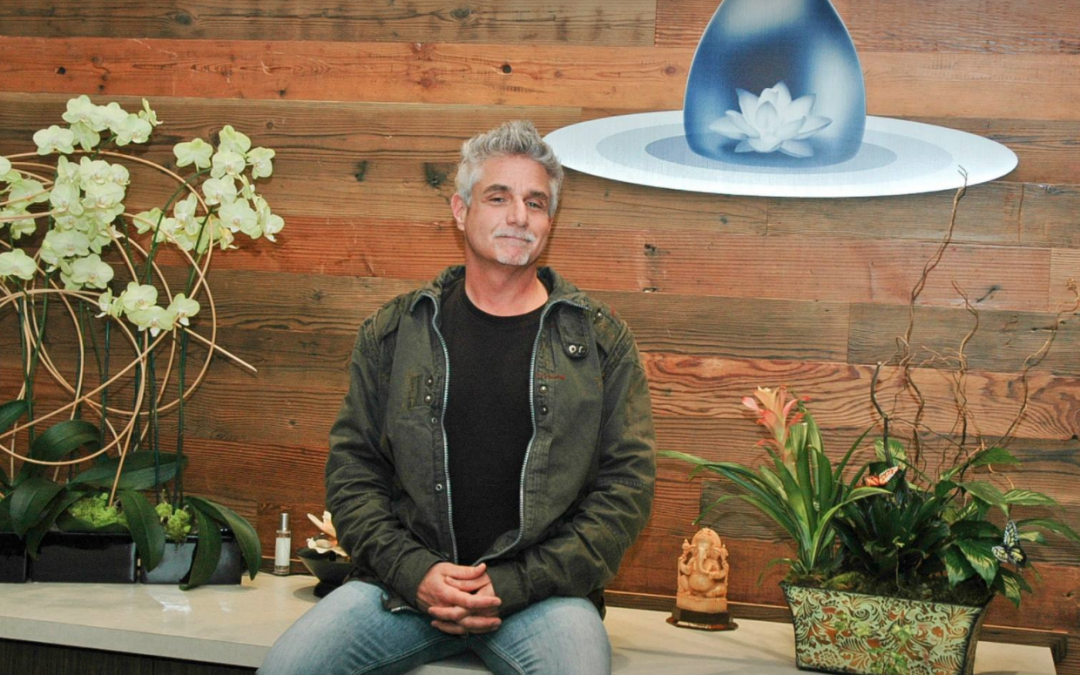 Back in 2005, two years after we had opened BYSJ, I received an email from a BYSJ member telling me that there was someone at the studio that wanted to help out. It wasn’t long after that I received another email from the gentleman himself, asking if he could support what I was doing with things he saw missing. It was the next day that I saw Chris behind the desk helping with check-ins and giving me a list of items that we were out of and needed to purchase. This was the start of my ten year relationship with Chris Canevaro, and the beginning of his road to becoming BYSJ’s Manager, which he became within his first year.

Over the course of a few years I got to know Chris well, and became familiar with all the struggles he went through right up until he got himself into yoga. Addictions consumed his young and older adult life, and it wasn’t until he was “saved” that he made his 180 degree turn to become who we knew him to be – kind, generous, loyal, funny, lawyer sharp, brutally and compassionately honest, and a testimony to others about the power of surrender.

He used BYSJ to make up for all the “bad” he felt he had done, and the yoga to detox from all the drugs still streaming through his body. I think it surprised him how much he loved a life of serving as opposed to a life cluttered with a lot of things, as he didn’t care so much to make a lot of money as he did in being there for you members, ensuring your experience was the best whenever you came in. You’d often see Chris sitting on the counter behind the front desk ready to help staff if needed but mostly to say hi to everyone who came into class. Like him, he knew many of us had our own stuff to deal with and if he could give you a good smile, handshake, hug, or giggle to brush off some of that edge you might be weighted with, well then, to him his day was worth getting up for. Over time he became a Landmark leader and soon started to have new goals of wanting a house and more importantly a family. He and I had great differences, but he deferred to any decision I made as if it was his own. He had great insight that I appreciated, but he let my personality “be” BYSJ and from that I could create the vision I always had for our home here. We celebrated our 10-year anniversary of BYSJ in the brand new studio we built together and then 6 months later he had three very odd out of nowhere seizures diagnosing him immediately with Stage 4 Glioblastoma. 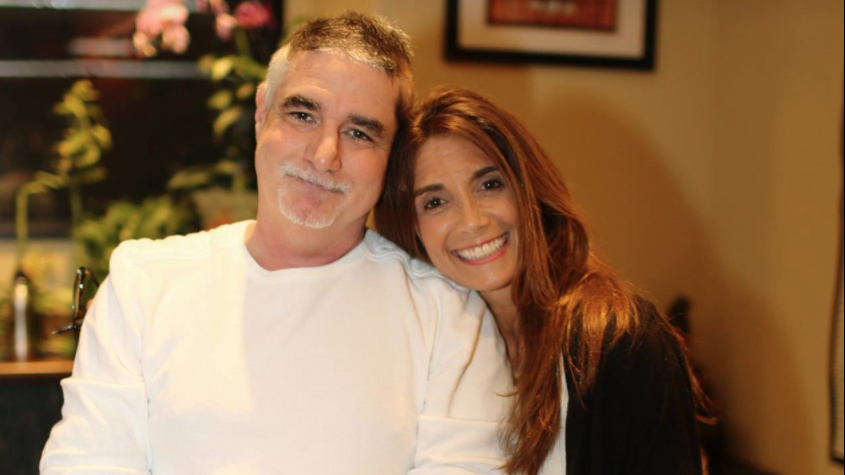 One Day at a Time

Chris passed away 22 months after he was diagnosed and those of you that knew Chris can confirm that in those months of shock, hope, suffering, gratitude, and much mental and physical pain, Chris still came into see all of you, to take his yoga and to sweep the floor on your behalf. He didn’t hide his feelings. He’d share how miserable, how hopeful, how grateful he was often with tears or jokes, reminding all of us that life is full of joys and sorrows and despite what it is – show up. We are misguided to deny the more unfortunate things/times in our lives that happen, just as we are wrong to skip over a milestone such as completing 60 days of yoga. Our life is chock full of experience and we will find ourselves in seasons good, bad, or otherwise that make us grow gloriously when we accept fully that what it is, is what it is. Chris often said just that, “It is what it is” and often too he’d say, “One day at a time.” I know for sure that his biggest disappointment was that he would no longer be here with me and with you members. He often cried on that thought alone.

Sharing Chris’s story is important because Beautiful Day celebrated on his birthday, September 23rd, is around the corner and is meant to highlight a key component in what we are at BYSJ. Sure, we are a Bikram Yoga studio but in a world where things are becoming more commoditized and time is scarce and life is intense and excessive, a place where you belong, where you can come and be met with where you are at in life, no strings attached, is arguably the more important aspect to who and what we are in this 21st century. Bikram yoga will help you heal but our community will make you feel safe doing it. The yoga will often be a struggle to do, but our community will comfort you in that struggle so you’ll want to stick with it. The yoga can manage your pain but the community will remind you that you are more than your pain. The yoga will help you be confident in your work and the community will reinforce your purpose and light in the world. I recall taking the 8:30 pm class the day after we found Chris after his seizures. I was numb in that class and had no idea how we were going to handle any of it. I wasn’t even emotional yet – I was just stunned. Over time, what shocked me more was the normality Chris made of his situation, teaching us that this, like all else we celebrated at BYSJ, was also a part of life’s cycle. Through Chris’s journey, our community became stronger and in so doing became an entity in and of itself with the characteristics of a true best friend. Ironically, now Chris was using BYSJ in the very vein he created it to be: a sacred space of peace that he could turn to and the community became a reflection of how he turned his life around for 10 years – beautiful!

Let Beautiful Day be more than a free day of yoga or even a celebration of your practice. Instead, let’s celebrate the genuine community we are and how we hold space for everything and everyone regardless. My guess is that year over year this day will become even more distinct and defined as we realize the significance of being able to go somewhere and commune together in pain and in no pain. Bikram Yoga has a clear purpose but so does the community in which we deliver this yoga. Despite what the future holds in it’s bizarre trending, the importance of belonging, accepting, and serving our fellow human beings will never fade. Chris put a exclamation point to that fact, and BYSJ is proud to strengthen that Beacon of Light! Beautiful!!