Emmy Cleaves – “I spent 20 years with Bikram and had enough.” 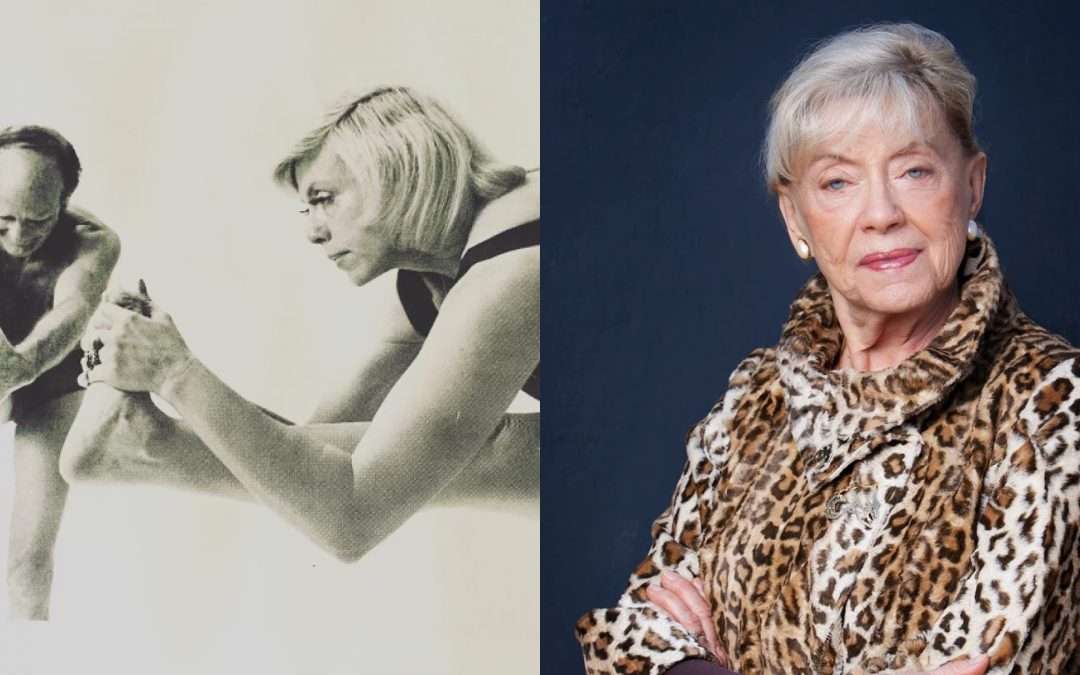 What an amazing experience heading down to Los Angeles for 72 hours of Bikram Yoga. The intention was to be a part of Bikram’s Teacher Training that happens twice a year with hundreds of eager individuals passionate enough about their practice to drop the money, the work, and the family and spend it here in what’s labeled “the yoga bubble” for 9 weeks to become “certified” to teach this method of yoga.

The hard part is the fatigue that sets in soon after you arrive as you are pushed to take two classes a day, study dialog, hear lectures, and watch Bollywood movies until the early morning hours – all within the confines of two floors in an airport hotel.

If you are more extroverted, you will do fine. If you prefer alone time and you tend to be more introverted, you are in trouble – big trouble. But in the end everyone agrees that it is worth it. Transformations take place here only under these conditions. Bikram is here to deliver it all in his torture chamber and you come away out of the inferno glowing and simply – a better you.

I made this journey 12 years ago. Now, I’m on the other side (happily) and can enjoy listening to the lectures, taking class from Bikram, teaching to the trainees, and the best part, I’m able to go to bed at a decent time! Members, we have three students there now doing this teacher training. It was fun to see them in this context and give them an encouraging word and hug. I also happened to catch a lecture from Emmy Cleaves.

Many of you may have heard her name before; she has been a close friend and colleague of Bikram’s for over 40 years. She may well be the only person Bikram will defer to; she definitely has his respect. Emmy teaches the advanced class three times a week (that’s an 84 posture series which include the 26 that we do) and takes Bikram’s beginning class four times a week. Not a big deal really, until you realize that she started Bikram Yoga at age 45 and after three months started the advanced series (84 postures.) She feels that her “best” yoga was at age 55! No one knows her true age except that over the last five plus years, she’s been rumored to be 87! Whoa! She has maintained the same weight “since University,” she says – 115 lbs. 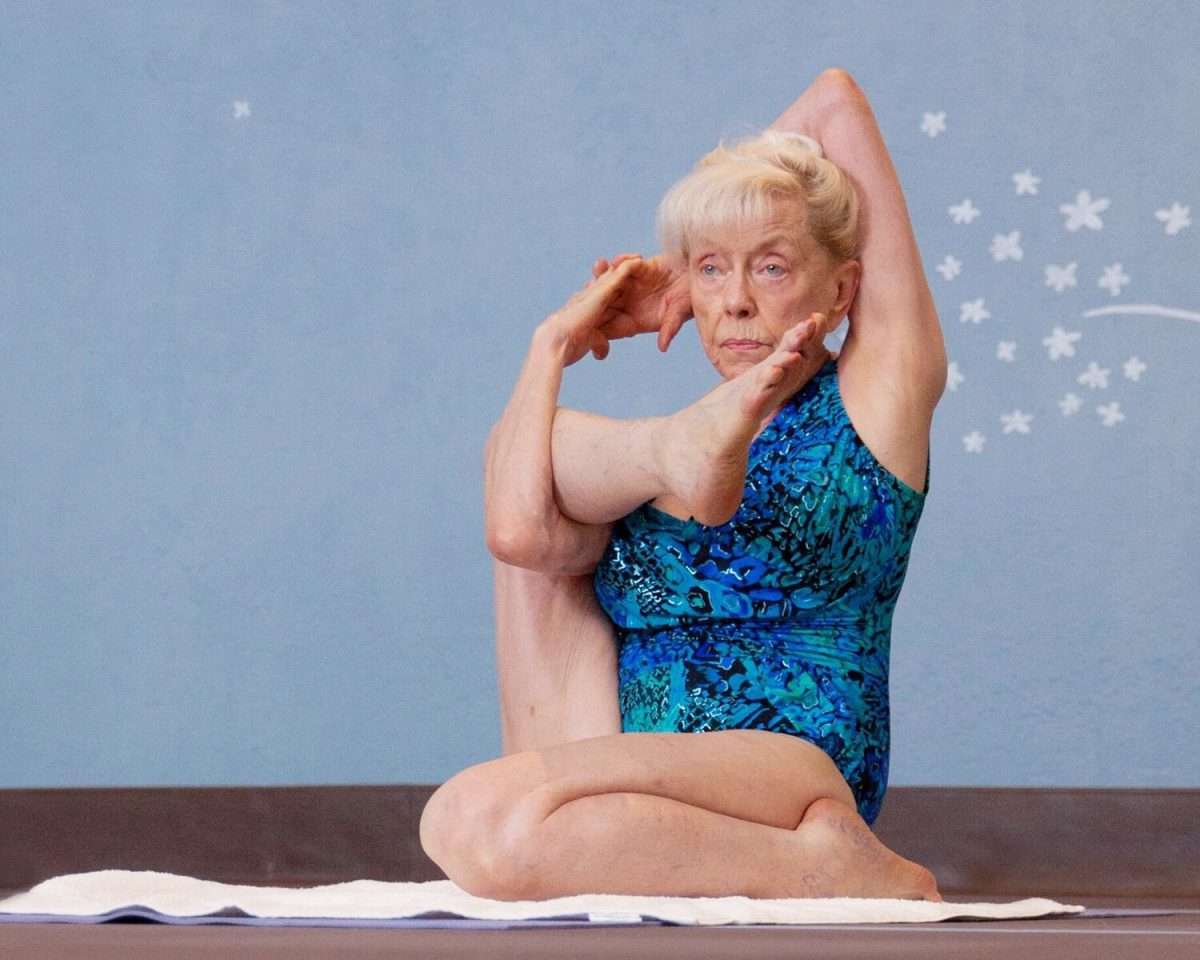 You can search Emmy on YouTube and you’ll find some interesting videos. She is a pleasure to listen to because she tends to put a slightly different articulation to a topic with which you are already familiar; with the result of that slight difference being a change in the way you look at what you may already know. Make sense?

Emmy spent a lot of time exercising in jazz dance classes (doing what was fashionable in the Western World, she will say). She tells you that she was more into the stretching before the actual class itself. During this time, she survived a ruptured brain aneurysm. With only a 20% recovery rate, she wondered why she survived which generated in her “transformational forces,” as she calls it.

Personal challenges ensued over the next 20 years – a divorce, job change, and lots of ups and downs. It was then that she met “this short little brown man,” as she says. At least 100 people attended this Bikram event with Emmy watching in the back. She will tell you that “when the student is ready, the teacher appears.” When she got up to leave, Bikram shot right through the crowd, gave her his card, and said “come to my class tomorrow.” Thus their union began.

What was so lovable about this lecture was to hear her state boldly: “I had spent 20 years with Bikram and at that point, I had enough!” She decided to take 6 months and head to those parts of India that had strong yogic origins and discover for herself what she felt was real yoga. Just three months into the trip she called Bikram and stated: “The best yoga teacher is in Beverly Hills, I’m coming home.” Emmy will tell you right away that she is not a seeker. She is not out to seek a guru or be a disciple. It’s simple – the trip solidified her deep passion for this yoga and the need to share it.

Bikram Yoga is 26 poses put together. The sequence has meaning and importance, and it is meant to be practiced with frequency, precision, and intensity. It will correct imbalances and give homeostasis (harmony) to the body. The vigorous physical activity challenges weak areas, steadily strengthening systems with increased circulation to glands, muscles, and tissues, increasing metabolic efficiency and creating mental and physical harmony.

What you get is a strong, toned, muscular, comfortable, well-functioning body for the rest of your life. And, Emmy goes on to say, the beauty is that this package can take care of it all. You will improve your self-awareness at the same time. At first your attitude is hard and unyielding. Well, so are your muscles. In time, your awareness leads to understanding which leads to control which leads to mastery of the physical and the mental. In short, Emmy in brief words states “realign your spine and all else will reorganize itself.”

Emmy deserves the attention she demands as she speaks from experience in a tone that is righteous yet compassionate. She isn’t much into small talk, so every morsel of her words means something – they are earned and worthy of her voice. “Next topic,” she says: “Keys to the Kingdom of Health.” I shake my writing hand to loosen it up. I’m ready.

Our bodies are designed to survive primitive conditions, our survival is at stake; you either fight or flee. In our modern world it’s much the same but with a different context: traffic incident. The result is suppression of these stressors causing back pain, migraine. Emmy goes on to say that it’s the unpredictable encounters that produce layers of stress, chemical imbalances, and distortions in the body.

What do we do? Take another pill. What should we do? To her: “The appropriate treatment is exercise! It’s the body’s way of running or fighting.” Through the yoga you will alleviate the stressors. It is an intelligent, superior, all-encompassing system that will self-energize and self-repair.

Modern medicine will take care of symptoms, but Bikram Yoga will get to the cause. In the long term, you will have vitality, stillness but not lethargy, glowing good health, and deeper levels of being. So, in the beginning, you must learn your own anatomical barriers. You must learn your condition and most often you will need to retrain your mind. Know what the postures evoke to know yourself more clearly and then which reactions to challenge to become your best self! Challenge those areas that are weak, dull, and constricted.

At the same time, you need these four things to enjoy optimal health: oxygen; water, nutrition, and movement. When ignored, dysfunctional breathing will starve the body causing all kinds of problems that are subtle at first, including the brain. 20% of our blood/ oxygen supply goes to the brain. Learn to breathe properly.

Our body is 60-80% is water – without it we cannot metabolize. We exhale a pint of water each day. Drink ½ ounce of water for each pound. We need food for energy and for cell repair. 300 billion cells are replaced every day. Eat foods with high oxygen content. And, Emmy says, stone-age bodies are hard-wired to overeat! Portion control; eat slowly; don’t shop when you are hungry; don’t have those trigger foods around; eat nutrient-dense, not calorie-dense; start your meals with soup and drink water. Avoid caffeine; eliminate simple sugars; eat regularly; eat fiber rich foods!

And lastly, MOVE! If you don’t, pain will result, including bone loss. An active person replaces all bone every seven years! Move to lubricate joints, to balance energy in your system, and keep the spine healthy. In Emmy’s words, “movement will self-energize, self-repair and self-adjust.”

Bikram’s class that afternoon was especially challenging. He was in a “I keep telling you and you still don’t do it,” kind of mode and shouted repeatedly, “Brain lazy and your body slow.” I was reminded of Emmy’s lovable, “I’ve had enough, I’m out of here” six month excursion. It was more real right then as I held Triangle pose endlessly while waiting for Bikram’s victim tonight to sit their hips down more.

I recall Emmy adding, “Bikram gives you what you need, not what you want.” In this season of gratitude, I also tuned in to the gratefulness Emmy has for this “short brown man.” I believe her India excursion wasn’t only the mark of her passion for this yoga but the mark of an attitude she needed to begin her journey with Bikram and become the expert she is today.