“It’s like starting out on the 90th floor,” says Ryan Martinez, owner of Bikram Yoga Folsom.

I’ve known Ryan for a long time as a teacher at BYSJ, but his true itch was to travel. He did the bulk of it in Chile, rock climbing and wilderness guiding, with his gal, Isidora! Ryan is super special, so it was pretty cool getting to see him this year in January – after three long years – and then even more special to hear him say, “I want to stay here and open a studio.”  What?!

I was thrilled – spreading this yoga the BYSJ way has been on our vision board for awhile now! Then, here is Ryan telling me the story of the Folsom studio. We realized it was a truly viable opportunity to kick start this bigger dream: MORE yoga to MORE people in the way we’ve done at BYSJ. Our goal now is to mentor others that wish to carry out our same business practices. We want to help others honor the authenticity of the Bikram practice in the soil of their respective community. It works here, and there’s no reason it can’t work EVERYWHERE! 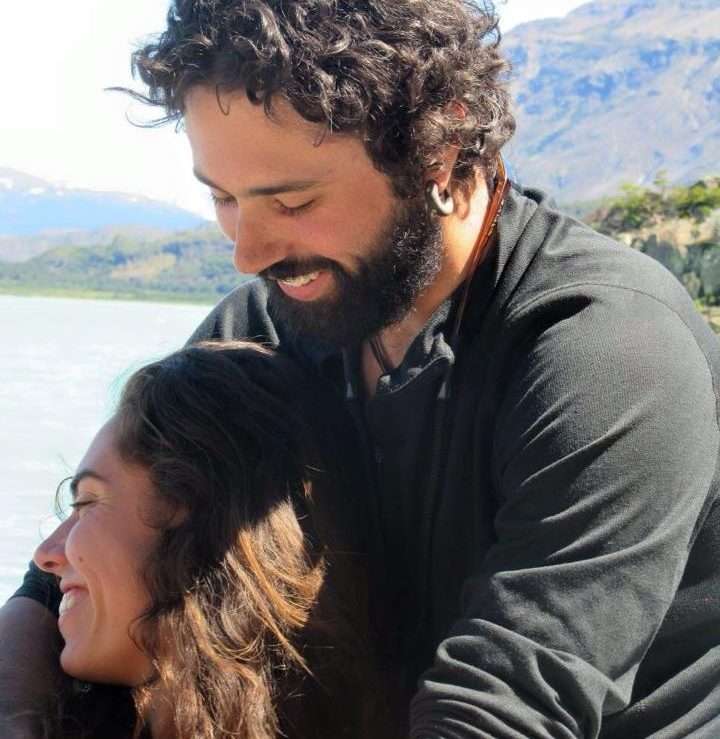 How to Grow – When the Time is Right

Working for a great restaurant company, Il Forniao, for almost 10 years was the perfect gift from God. I learned how to successfully open 24 restaurants that are the same, yet different.  I came on board when there were 7 restaurants and I believe it was the 10th restaurant when a President came on board to get us working as a system with manuals, guidelines, and all kinds of best business practices.  What was super was how this President did it. Each restaurant was able to have it’s own identity, and yet they were backed up by the mother ship whenever they needed it. It worked wonderfully, as the context was put in place while the content varied.

Funny, but years ago at an advanced retreat in beautiful Maui at the Ritz Carlton hotel, I recall telling Bikram during a “hot cocoa” night about how Il Fornaio grew.  These “hot cocoas” were common at advanced retreats, starting at 11 pm and going to the wee hours of the morning.  Maybe 30 people came and probably less than five made it the whole time, but these were the times when Bikram was at his best. You could ask him anything. He was very entertaining as he told story after story that you would never hear elsewhere, or probably ever again.  Anyhow, he wasn’t dismissive about my insights on how we could grow, but he couldn’t see it either. For me, it was a mental note of “not now.”

That was over 10 years ago and as you know, the landscape of Bikram Yoga has changed significantly. A lot of damage has been done to it’s credibility of being a school of continuing education for ALL individuals regardless of age, injury, economics, ethnicity, disability, gender, lack of mental or physical shape – you name it.  The original purpose of Bikram yoga is to be a healing tool, accessible to 7 billion people on the planet for better overall health and well-being.

But despite the turbulence, Bikram Yoga San Jose has never altered. Why?

My days at Il Fornaio were never about competing. In fact, it was common to have one of our restaurants close to other Italian restaurants. It never bothered us. We focused only on creating what we did with very high standards: delivery of authentic Italian food. That same concept carries over easily to my life now in Bikram yoga. I never considered altering anything we did because of what others were doing around us. The product we delivered was working – and it was working over and over again.

After 16 years of owning BYSJ, I still hear, “Thank you, you saved my life.” 16 years and we still get an average of 170-200 new people each month. 16 years of non-stop testimonials of how people have transformed their one life. Even today, as I was lingering in thought finishing up my make-up in the bathroom, the last member to leave leaned in to where I was and said, “Thank you for all you do.”

Let’s suppose we didn’t know where this yoga came from, who delivered it, or how it really came to be, but only that it’s here and it’s helping, and not just helping, but bringing with it the potential to make the world a better place. That’s my belief, and I bet that’s yours, too, if you practice.

So, it’s clearly not the yoga that’s broken – it’s the lack of business acumen of the studio owners. In other words, maybe like Il Fornaio, the business ran formless for awhile but by the 10th restaurant or, in our case the 10th studio in the Bikram world, we needed form: guidelines from a mother ship. Because it never happened, those studio owners with some business experience had a better chance of survival than those that didn’t. What made it worse was the fact that this yoga was so good that it masked any business problems or lack of business organization until it was too late. 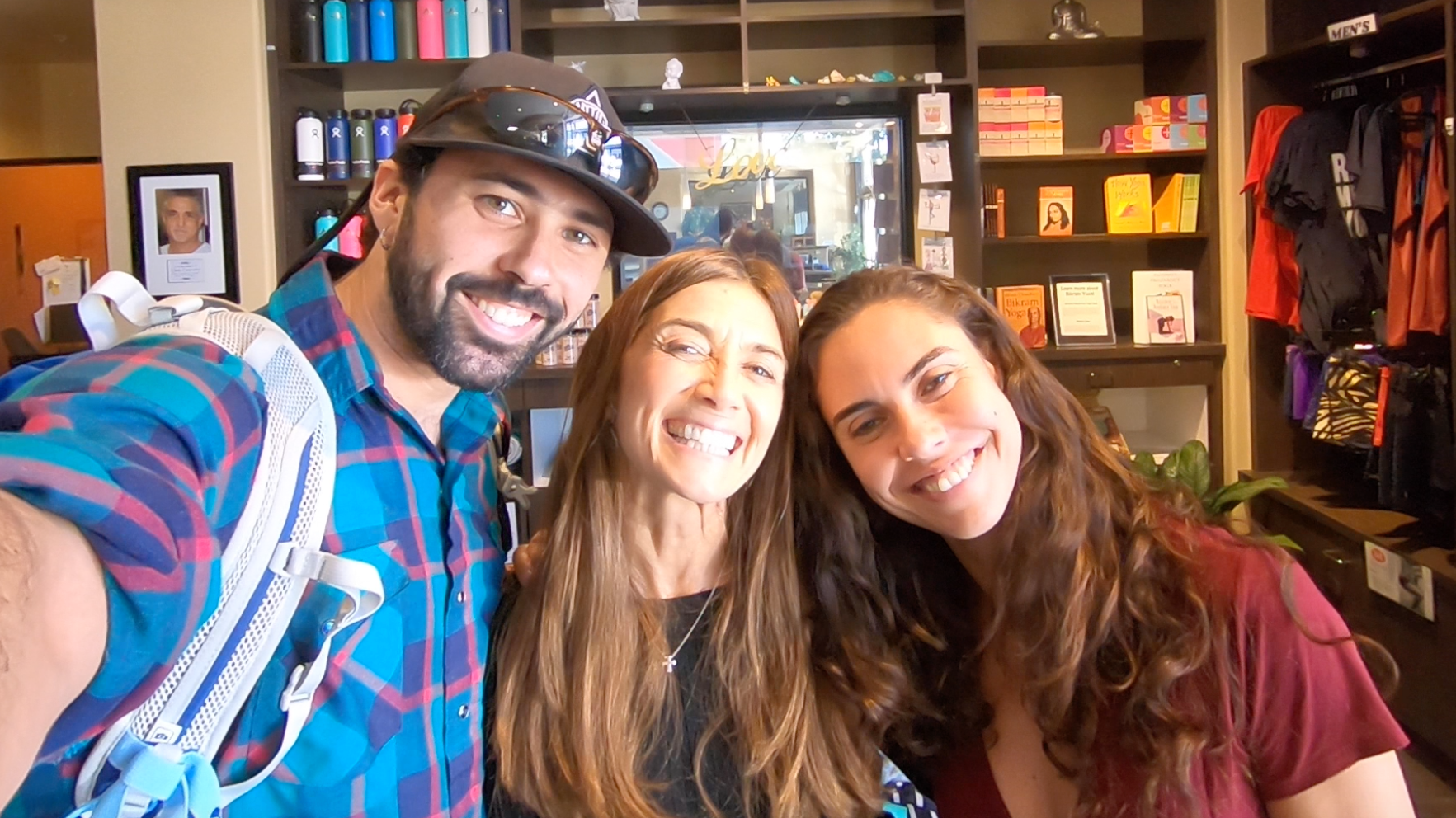 Ryan, Michele, and Issy at BYSJ.

The Birth of Bikram Yoga Folsom

I am not sure what happened in Folsom, as this same studio was opened a few years back and operating successfully until it too had to close for “back of the house” reasons, and not at all due to lack of community involvement or lack of a good product. I find it amazing Folsom, that your love kept this studio vacant and not turned into something else. It clearly was waiting for the right owners to breathe in life, reviving the community and the yoga practice they loved – authentic Bikram Yoga.

The BYSJ team helped Ryan and Isidora with guidance and suggestions in our respective areas of expertise: operations, marketing, facility, teaching, social media, finance, as well as leadership advice. In short, we provide mentoring, with the idea that Folsom gets to use the wisdom of what works from BYSJ. The benefit to both members and the owners is simple: credibility. Going back to Ryan’s comment, “It’s like starting out on the 90th floor.” You see the BYSJ signature somewhere and you know that you are going to get 90 minute classes; 26 poses and 2 breathing exercises; with Bikram’s original dialogue; a setting that’s hot and humid;  a vibrant community; classes every day of the year!

The Grand Opening weekend was so much fun, as management from BYSJ came up to teach and mentor, and we met students anxious to have their studio back up and running. Ryan’s 8:00 am Saturday morning class christened the studio opening with a packed house, including the two previous owners (Karen and Tracy) who were so kind and ready to help support Ryan and Isidora. It turns out that there is a strong group that like the 5:30 am classes with our former teacher, Anna Morey, up there teaching! Many of you may remember Anna as she regularly taught the 5:30 am class at the old BYSJ with enthusiasm and a huge smile!  New and former students came in throughout the day with comments, “It’s been 7 years and now I’m back,” “I’ve tried everything else and it’s just not the same as the original series,” and another that struck my heart, “I feel reborn.”

Where You Start vs. Where You End Up

Bikram yoga is so unique as it truly benefits any and all types and your reason for coming will be different from why you stay. There are a myriad of reasons to walk in the door to a Bikram yoga studio, but eventually they all distill to one: “I’m a better human being with it than without it.” And what’s more exciting is that THIS makes students continue. Life takes us from one rung on the monkey bars to another. But with Bikram Yoga, you’ll find yourself on the ladder moving UP one rung after the other.

If we are serious in our quest to make the world a better place, then that work has to start from within. Bikram Yoga is the only application that I know of that can carefully reach into every soul, tailoring your work in a way that feels – and is – right. You’ll be inspired, not defensive, encouraged and not cynical. It’s an antidote to negativity, and will move you up to see vistas free of the bondage and outrage we see in our views today. In other words, you’ll have hope and confidence in that hope. Each class will yield insight, creating a better internal and then external world in which you live. This is the proper sequence that will eventually change situations around us and make the better world we all desire!

So, congratulations Folsom! People ask me all the time what the secret to success is and I reply, “Faith and perseverance.” Folsom, Ryan, and Isidora have that in spades!  So go visit and practice! Introduce it to others! Create a community that is diverse and inclusive. Show the world what harmony and peace looks like!