From Pain to Hope – Lessons from BYSJ Presents 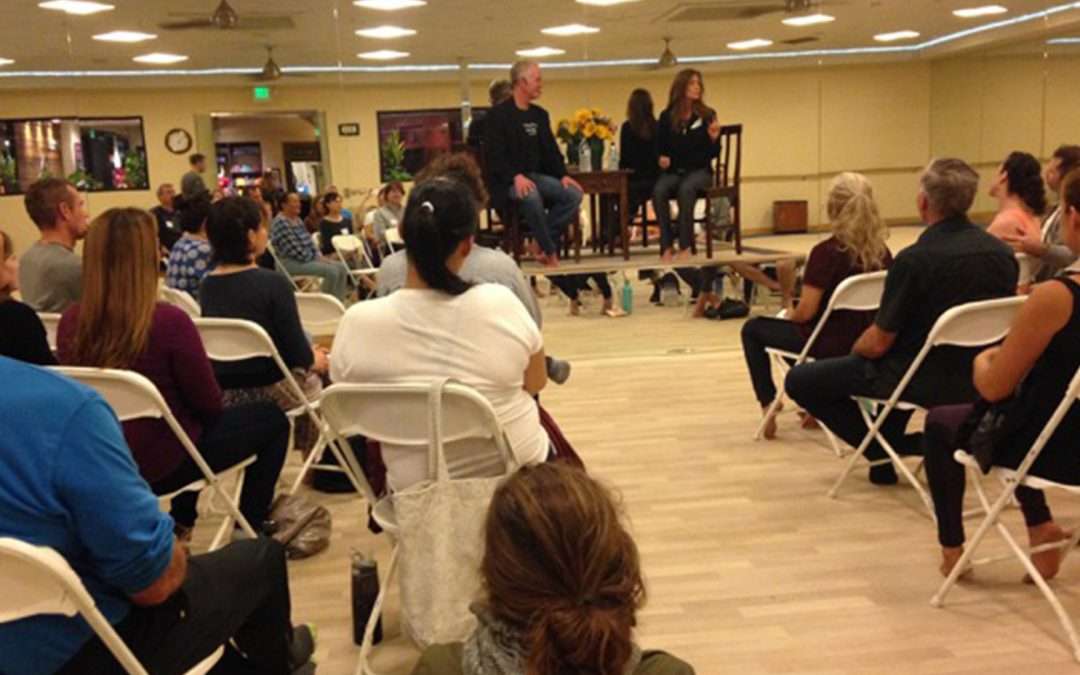 A severe water skiing accident left Michael Harris in a coma at the age of 12.

They had to remove 60% of his liver, followed by a series of complications with his vascular system. Michael at age 14 wasn’t healing or dealing well, and turned for comfort to alcohol. He says, “It helped me cope with the pain, physically and emotionally.” Yet now, at 58 years old, he is a beaming, glowing, beautiful gentleman that travels the world to do one thing: “My mission is to bring more people to the practice of yoga.”

Michael spoke at one of our BYSJ Presents talks, which is new to Bikram Yoga San Jose this year. It’s a more intimate venue that brings in topics related to our yoga practice, inspiring in an informative way that feeds each of us on our path. We’ve described it as a “lecture series”, but these aren’t “stiff” in a lecture kind of way. We all get engaged and wind up laughing as we learn! 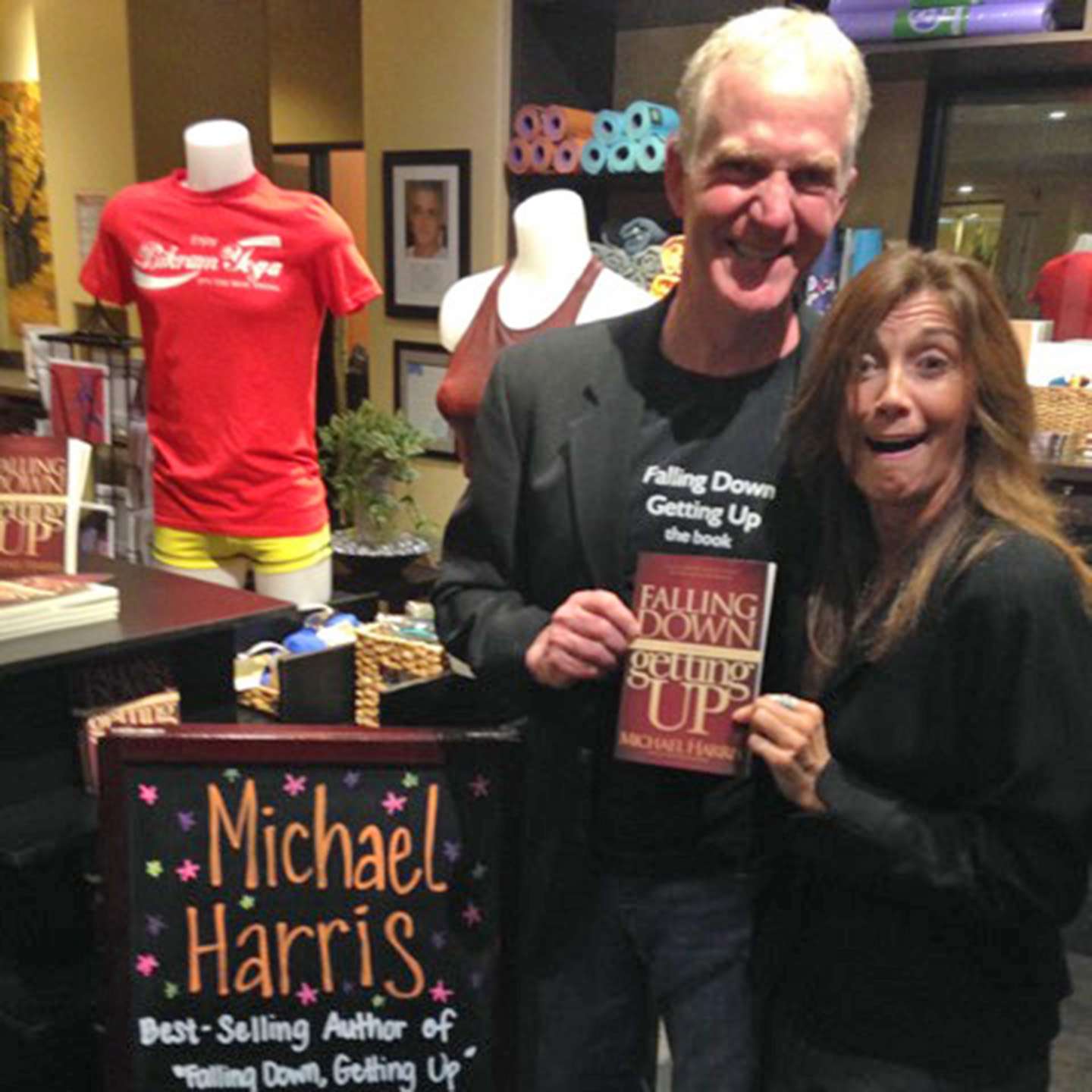 The Birth of BYSJ Presents

This idea blossomed during my time with Bikram years ago at various advanced retreats around the country. We’d do yoga most of the morning into early afternoon, and then we’d have the rest of the day to do whatever we wanted.  At 11:00 pm, we’d regroup in a conference room of the nice hotel where we were staying. We’d bring our pillows and pajamas, have hot chocolate, and just listen to Bikram speak for hours and hours. It was quite typical to be there until 3 or 4 in the morning – yep. If you fell asleep, he’d make fun of you but you could keep sleeping and it was fine! It was there that you caught the good stuff: the real juice of this yoga, what it does, where it came from. He would entertain you with stories of his guru and the healing examples he experienced. It was really delightful, and I hold onto much of my love for the practice due in large part to the exchanges and spirit of what went on in those “hot cocoa” evenings.

I think BYSJ Presents captures some of the same spirit as we delve together into topics that pull out deeper expressions of our practice. The essence of these evenings lives right alongside all the other things we are learning in the classroom. It makes for a richer and wiser practice. And Michael couldn’t have illustrated this any better than with his talk on Saturday night. We’ve taped it so you’ll pick up some clips soon –  stay tuned to our website and social media outlets. Two things stuck out for me that I’d like to emphasize:

Walk right through the Pain

At the age of 27, Michael walked with a cane. He had several blockages in his legs. While surgery in both legs helped, the relief lasted only a short while. The doctors felt that more surgery was necessary and yet told Michael that over time he could still lose his legs. Michael, angry, in pain, and unwilling to accept this diagnosis, did his own research. He discovered an expensive treatment center, Pritikin Center, that specialized in vascular disease. He’d have to live there and follow their regimen. The doctors there told him the exact opposite of what he had heard from his surgical doctors: despite the pain, walk. Walk right through the pain. Walk as much as you can. Sit for a bit and get up and walk some more. “Intermittent claudication,” Michael learned, is the term used when pain occurs as a result of reduced blood flow. That was him; and it hurt like hell. But he continued to walk, and then he walked some more, and soon enough he could walk for miles with no cane and no pain.

Our wonderful BYSJ Member, Ali Tootoonchi, a chiropractor, certified nutritionist, and overall health expert who has led some of our BYSJ Presents, chimed in with some research on how the body communicates. “At first there is stability, followed by instability, and then there is inflammation, and finally there is pain.”  We usually pick up the message that something is wrong at the fourth and final stage – pain. That’s when we finally “hear” enough to pay attention. Western medicine excels at this stage, providing solutions to resolve symptoms of the pain, but it doesn’t get at the initial stages of what caused the pain in the first place.

In Michael’s case, according to the Pritikin doctors, Michael needed to move! He wasn’t using his body’s pumping system. But by getting blood moving from his heart down through his calf muscles and back up again – that’s what walking did – he exercised, stretched, and used his own pumping system (as painful as it was) to improve his own circulation. Yes, the pain is a signal that something is wrong, but in his case, the correct prescription wasn’t to back off but to increase and go more!  Michael left the Pritikin Institute with a better diet, more movement, and a commitment to stretch more and do yoga!  Yes!

When I hear stories like this, I am always amazed and it reignites my flaming torch for this practice. What I feel rise the most, however, is HOPE.  We can never underestimate the power in ourselves to overcome the toughest of adversities, and if hope resides strongly enough, there will be a solution. Can we stay open-minded enough to hear it?  Oh, that mind …

Stages of the Mind

This is what intrigued me more and more as I pondered Michael’s story. Suppose, like the body, our mind too goes through these stages. Stability, instability, inflammation, and then finally pain – enough for us to wake up and listen. Bikram has a saying in Half Moon: “Kill yourself”, meaning the “small” ego self. All my mentors following my training used that phrase too, and kept us in half moon posture one minute (or more). Of course, you tend to teach in the way in which you were taught. Those of you reading this might be giggling. Yes, I too, hold this posture for quite a while! You must work hard to “kill” the ego-mind you walked in with in order for the more dissolved mind to show up!

As I read through Ali’s sequence, you can just hear your own mind playing out each phase.  Stability with what you came in with, arising shaky instability as the pose gets a little longer. Inflammation as the mind starts to give you shouts of how it hurts and “enough already,” complaining. Finally, pain, with a pressing of whatever button your mind knows to use to get you to obey and come out of the pose. Hilarious right? BUT what if you, like Michael, met the excruciating “pain,”  hit that threshold, and just moved right through it with breath and awareness? What if you kept going with total simplicity and detachment, then where would you be? Whoa! Right on the other side of despair – hope. On the other side of tight – open. On the other side of control – freedom. You pushed through the clouds into the new territory of an open blue sky!

As leadership writer Simon Sinek, points out, we create real change (transformation) when we know what we stand for! Like Michael, when we cross that boundary from a fearful mind to an open, relaxed mind, we find our purpose. 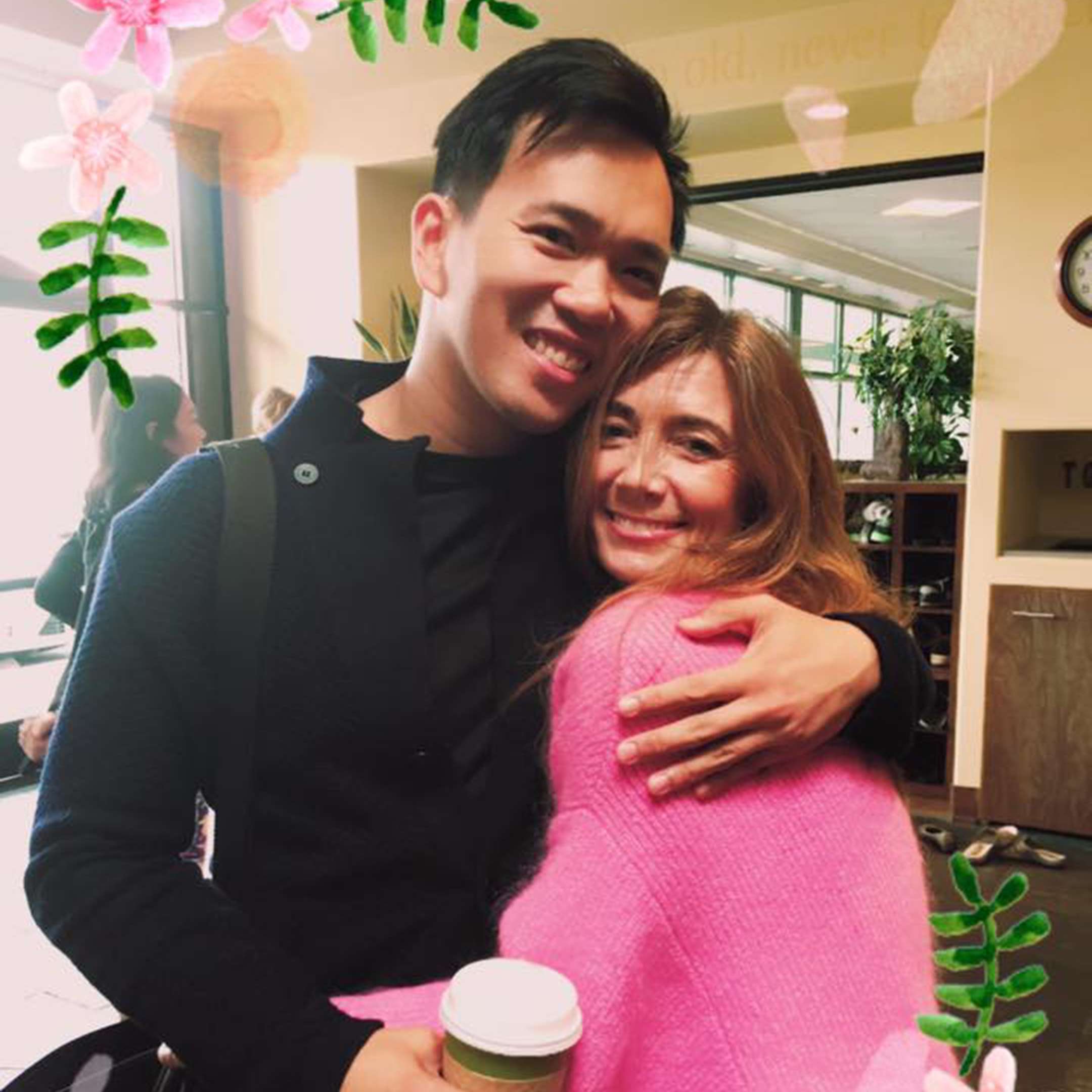 I’m so grateful that Michael could be here! Just this last weekend we had yoga champions Ky Ha and Gloria Suen in the house with a Master Class and a yoga demonstration. We’ve had such great visitors this year that serve to boost us on our journey! Members, don’t miss all the things we have planned for you in the coming months and into next year. They are there to help you stay on this path of self- realization. In the meantime, follow us on social media to get updates on the next big learning opportunity, and I’m now on Twitter. I would love to keep up my conversations with you there!