Story of a Yogi – Bill Decker 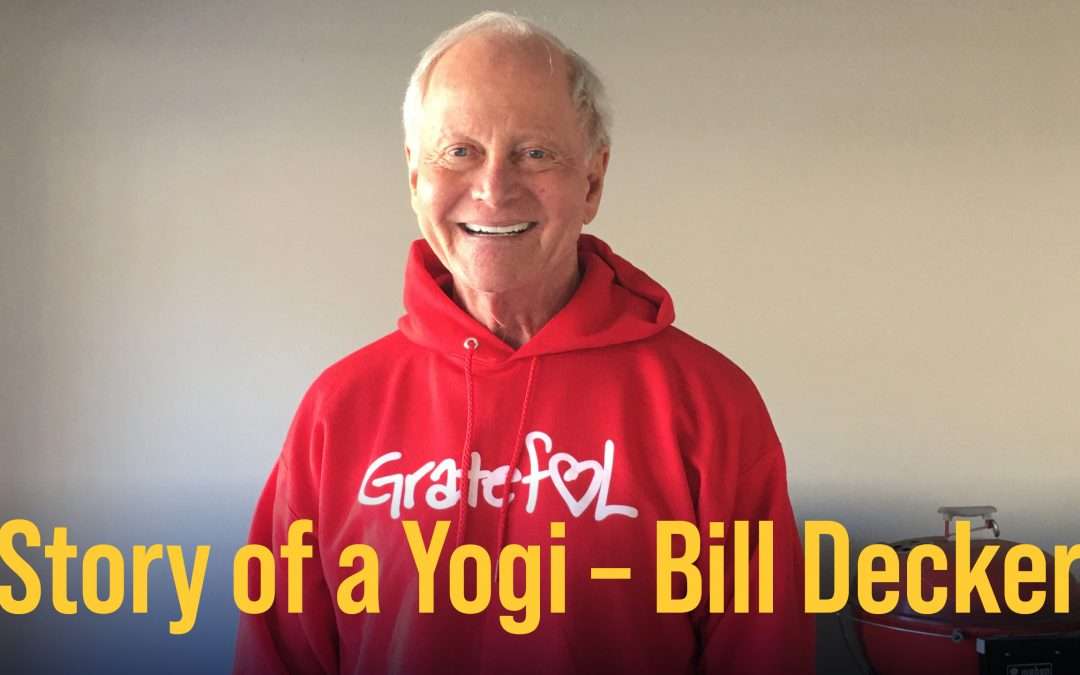 How did you first discover Bikram Yoga?

During the early 2000’s I spent at least 90 days per year living in Costa Rica and attending a language school to learn Spanish. I had been a serious weightlifter for many years and worked with a Central American body-building champion.

It was late March, and I was about to return to San Jose. My trainer mentioned that I was getting pretty round-shouldered from chest exercises and needed to stretch more, so he suggested I go to yoga twice a week. The old BYSJ studio was close to a place I attended frequently, so I checked the schedule and showed up for class.

The woman that signed me in was also my first instructor. Her name was Marialena, and she seemed genuinely happy that I showed up for my first class. She told me that the most challenging part of yoga was the drive to the studio, and I never forgot that. The class was brutal, but I liked the intensity. Another instructor, Yulia, seemed interested in my weightlifting lifestyle. She told me if I came to three classes per week, my body would change more rapidly. That jacked me up – I’ve been coming ever since.

Mental toughness and strength. Sometimes I will be in a class and don’t want to be there. I’m very uncomfortable and bitching about everything from the sound of the instructor’s voice to Bikram himself and all the stories people tell about him when they come back from teacher training.

I want to leave, but my ego is so huge I know I won’t, so what do I do? I bring myself into the present moment and concentrate like my life depends upon the asana we’re all doing right now. I survive – it’s like the dawn of a new day after a horrible night of restless sleep. There’s a new beginning, and I calm down. Staying present is a skill I use all the time now. 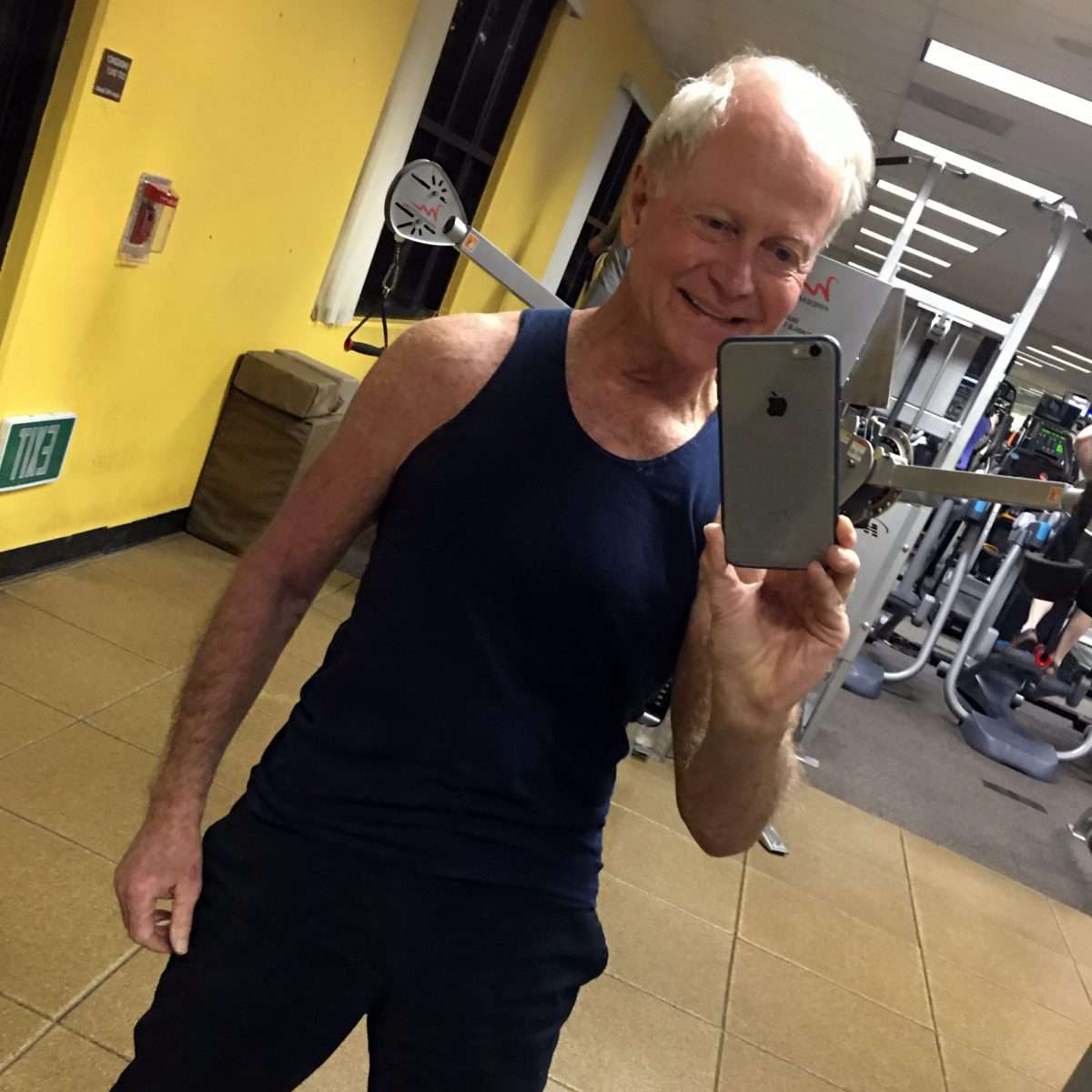 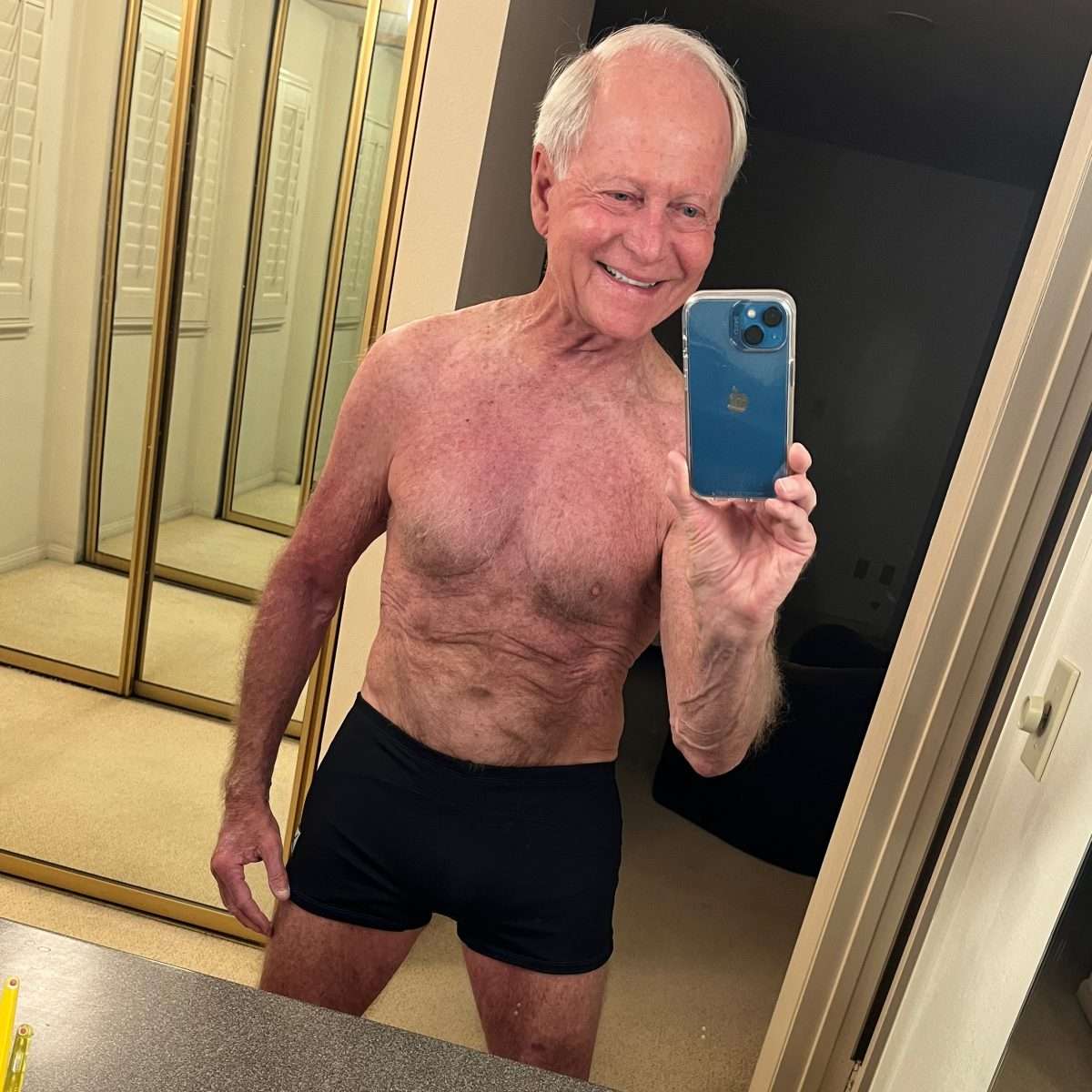 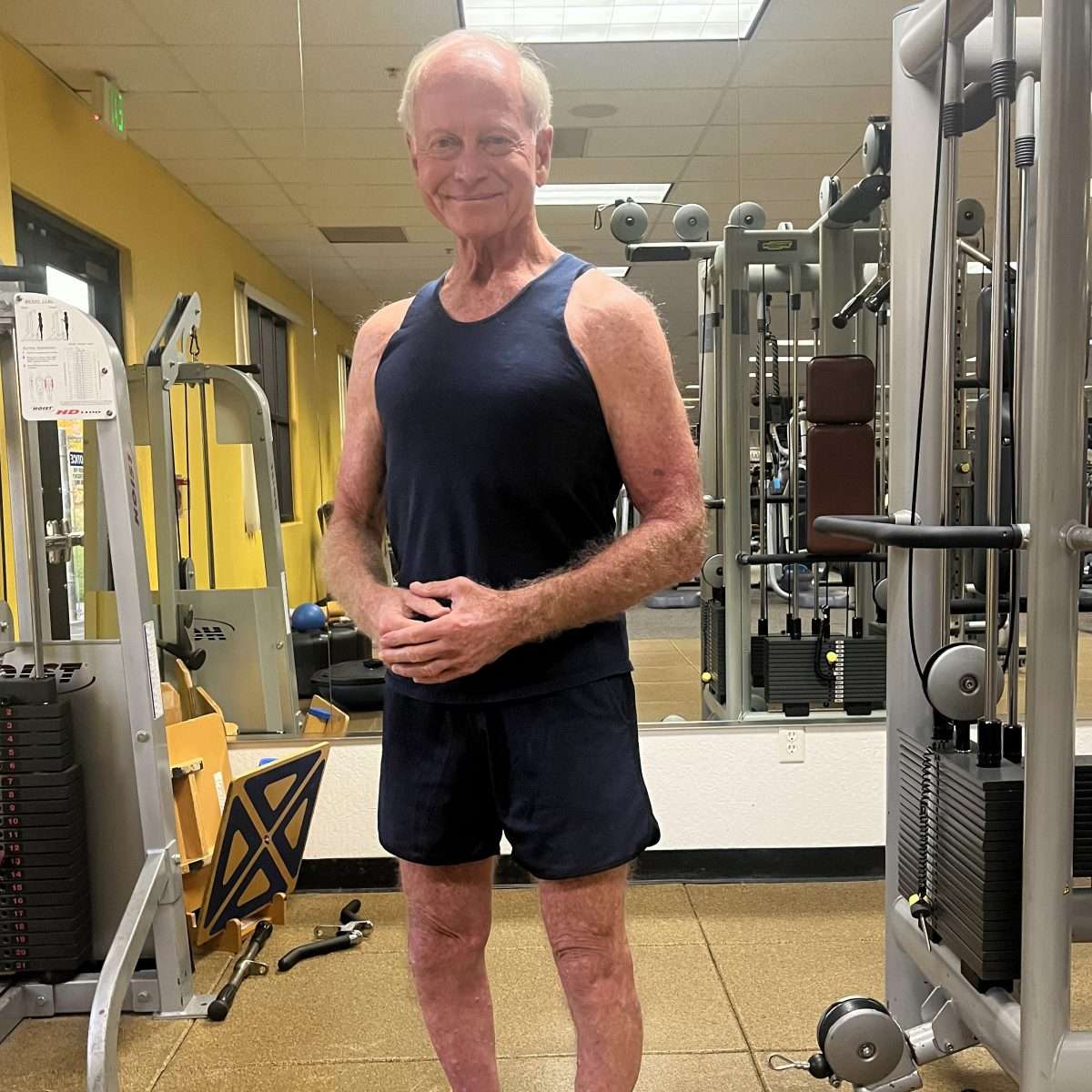 Self-acceptance and patience. The concentration asanas are not my strong points. I keep hearing “mind over matter,” and I look in the mirror and think I’m defective. I practice at BYSJ, go to physical therapy, and practice at home, yet my balance seems to continue to decline. My vision is poor, but I’m not a guy that likes excuses. I used to enjoy Latin social dancing, but my balance issues have kept me off the dance floor for several years. I will not stop showing up for yoga because I don’t want to quit five minutes before the miracle happens.

What advice would you give new students or those struggling with their practice?

Don’t stop showing up. A lot is going on inside the body during yoga that we do not see. I’m 80 years old, and my energy and physical functions are good, and this brings me a feeling of gratitude that seems to color my entire day and life. I have drunk the Kool-aid regarding the subject of yoga and longevity. I’m a big believer in consistency; consistency in your yoga practice will bring you nothing but good. 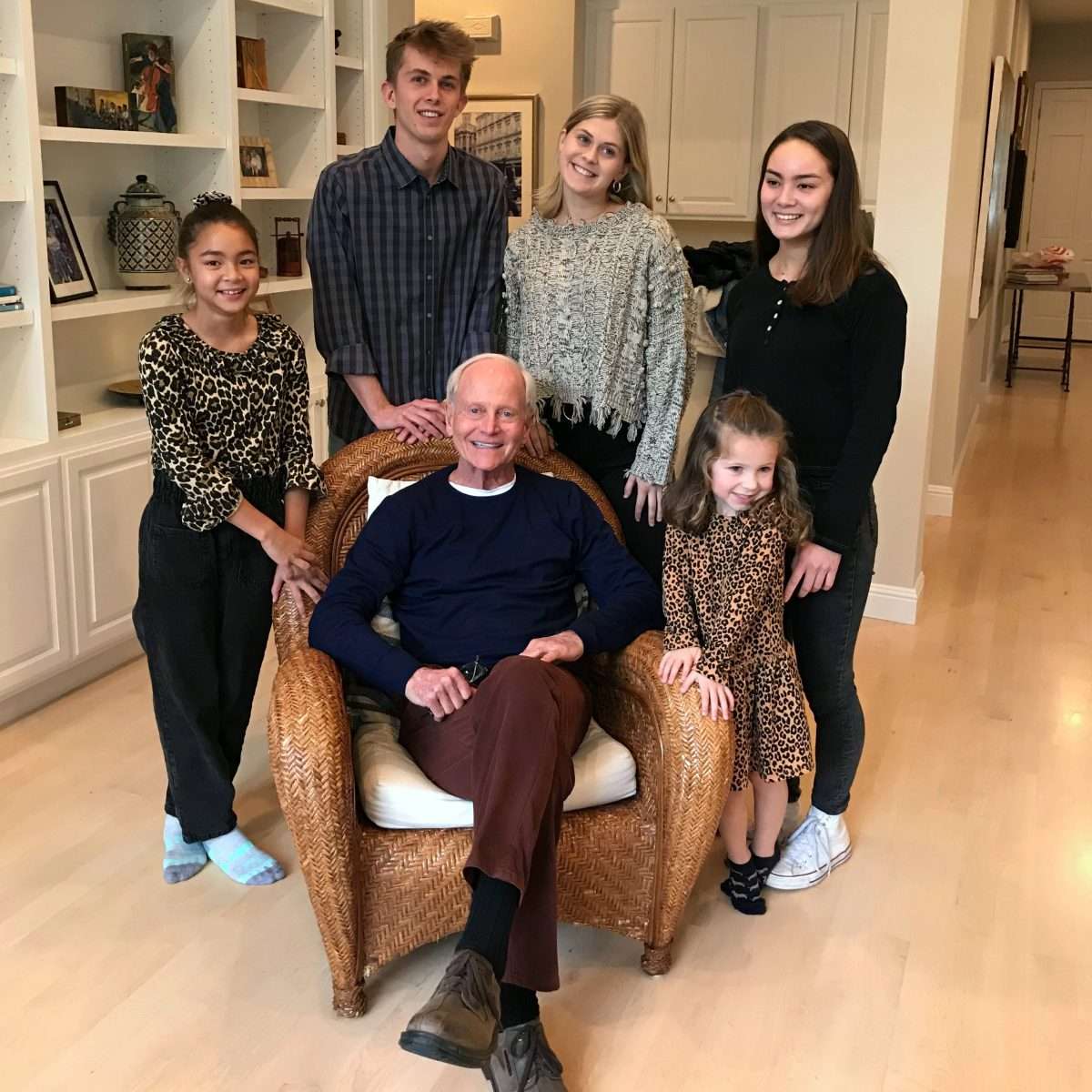 I lift weights, do cardio regularly, am a personal trainer, and help guide men with the 12-step way of life. Men need to be heard and feel like they can share their feelings without being judged or told what to do.

My greatest joy comes from helping people and loving my three children and five grandchildren. We’re a high-energy bunch, and the sense of humor in our family is something to behold.