Story of a Yogi – Richard Gilgen 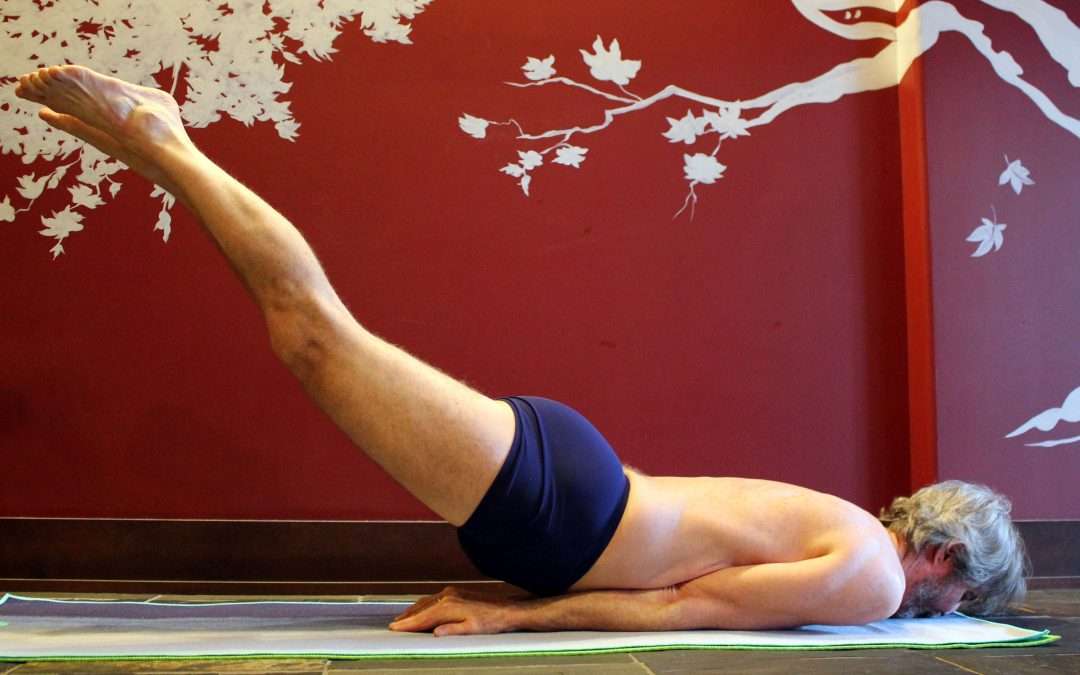 I am he
I am that culmination of 13 billion years of universal evolution currently known as Richard
I am the hopes and dreams of my grandfathers, manifested today
I am my mother’s prayers fulfilled
I am the light that pierces the darkness
I am the universe’s point of contact, data-gathering, problem-solving, bio-engineered, state-of-the-art mechanism
I feel, I speak, I hear, I see, I process, I am expression, I am gratitude
I stand in awe of the Grace I live in
I live in a narrow band of parameters that enable my existence…and yet it exists
I stand in reverence with my brothers who exist as I do, and we are one
I travel at the speed of thought, animated by the greatest power in the universe, ever present, inexhaustible
My heart bursts with the fullness of love and presence of being
There is no lack
I am complete
I am whole

I believe I was destined to be a yogi from birth. There has always been an inner pull that draws me to seek out things of a spiritual nature and a curiosity to know how things work.

As a teenager I was greatly influenced by three Eastern Philosophies. The first was the TV series “Kung Fu” that intrigued me with its portrayal of martial arts and the concept of wisdom found through disciplined practice. The second was the book Macrobiotics that introduced me to an understanding of Yin and Yang, the energy of food, and how eating affects the health and vitality of the body. The third was Paramahansa Yogananda’s book, The Autobiography of a Yogi. His story was my first contact with yoga and led me down a path of searching for a connection to my spiritual self and the practice of meditation.

Physically active all my life, I enjoy skiing, backpacking, martial arts, golf, cycling, and yoga. Even my occupation is physically active, as I work as a carpenter. Unfortunately, many hours of nailing hardwood floors bent over, and long backpacking days with a heavy pack have created back issues for me. Fortunately, I have found the postures in yoga to be a solution to my back pain.

How I came to practice Bikram Yoga

Although I have always had an interest in Hatha Yoga, I never had a serious routine until the fall of 2003. Up until that time, I would sporadically practice some postures from yoga books, but never stuck with it for more than a couple of weeks.

Then I read an article about Bikram Yoga and how quickly people were seeing results from it. From Bikram’s website, I found BYSJ, just down the street from me. As soon as I walked in the door, I felt like I had come home.

That first class wiped me out, but when I got home I felt so relaxed and energized I knew I had to have more. I started telling everybody about it and urged them to try it for themselves.

Shortly after, BYSJ started promoting a 60-Day Challenge. I immediately signed up and it was one of the most life-changing decisions I have made. By the end of the Challenge, my back pain was virtually gone. I had energy and vitality that I hadn’t experienced in ages.

Where there is light, there is darkness

A simple definition of yoga is “union.” The practice of yoga not only brings your spine into alignment, but also connects your body, mind, and soul. These are all part of a whole that need to work in integrity with each other.

My story also includes a dark path of addiction. Although my body was becoming alive and radiant on the outside, my inside was out of integrity with my outside. I was consumed with feeding my addiction and didn’t care who got hurt in the process.

To make a long story short, my addictions culminated with an invitation by the Federal Government to spend 3 years in their “ashram” at Sandstone, MN, also known as the Federal Correctional Institution.

The light in the darkness

Although I didn’t think so at the time, going to prison turned out to be an extraordinary gift in my life. Coming face-to-face with my own darkness and having nowhere to run, I turned to meditation and my yoga practice for solace. Out of that practice, a small ray of light began to shine.

In a place where there is so much darkness and despair, even the smallest of light can be seen by others and bring with it a glimmer of hope. It wasn’t long before others were approaching me, asking me to share yoga and meditation with them. I watched destiny unfold as we were able to get a room where about a dozen inmates could practice yoga five days a week.

Inmates came and went for the 30 months that I was at Sandstone, and time and time again they would tell me the same thing, “I feel so relaxed and peaceful after we practice yoga.”

I don’t share this with you to gain any sympathy or to boast about how great a yogi I am (because I, of myself, am nothing other than a conduit to shine the light), but rather as a way to illustrate the great healing power of yoga, and how it can not only heal physical ailments, but mental and spiritual ones as well. 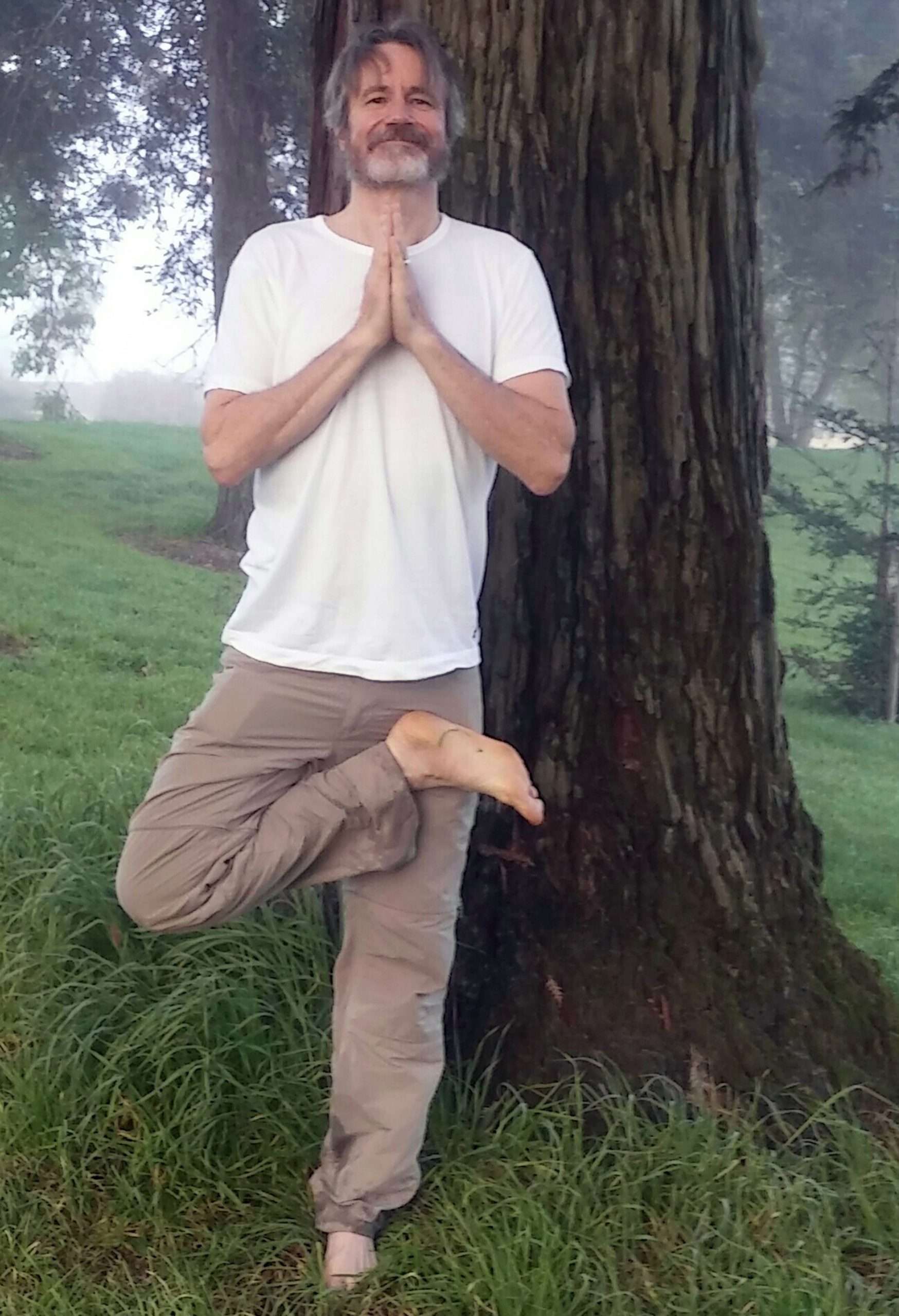 Richard and a tree do Tree pose.

Financial hardships prevented me from committing to a regular practice at BYSJ until the end of 2016. I wanted to make sure that yoga would stay a primary focus, so I decided that the best way to commit to my yoga practice was to buy an annual membership.

Three days later the 60 Day Challenge started, which I immediately accepted and eventually completed. The first 2 weeks were the most difficult as my body adjusted to the heat and the workout. There were a few classes that I had to lie down and just breathe, sometimes even feeling like my heart was going to burst through my chest.

Around the third week into the challenge, I began to notice a shift. My body looked forward to coming to class and sweating and working out. My focus began shifting to more subtle parts of my postures and the ability to correct them. I began working with my breathing instead of fighting it. In some instances, I came into total serenity while in the posture, feeling like I could hang out there indefinitely.

A lot of the challenge was mental as well. I chose to do the 5:30 am classes, and many mornings I wanted to sleep in. I felt that if I gave in, even once, to that desire, I would quickly find more excuses why I couldn’t go to class.

My biggest support has been my wife Dana, who always encourages me to keep on going. I used posting on Facebook as an incentive as well, thinking that by keeping my friends aware of my progress, they also would hold me accountable to my challenge.

My real intention has never been to just do 60 days, but rather to do 365 days. I want yoga to be a part of my daily routine as I think this is the best gift that I can give myself.

Encouragement for new or struggling students

A common misperception is that yoga is the postures that we practice. Because of this, we go into practice with an all-or-nothing mindset. So we grit our teeth and strain our bodies, as we struggle to match the most advanced postures in the class. And what are we commonly doing during this struggle? Holding our breath!

The truth is that the practice of yoga is the focus of breathing to awaken the body-mind connection. Rather than worrying about how deep you go into the posture, instead focus on inhaling as deep as you can while in the posture and then as you exhale, relax and feel yourself sink into the posture.

As you practice, try to focus only on yourself, and not on anyone else. Let your mind become attuned to the words of the instructor, as this will help to keep the mind more focused. Relate what the instructor is saying to what you’re experiencing in your own posture.

Practicing in this way, it is possible to turn class into a 90-minute meditation and actually feel serenity, and even bliss, in the middle of postures like Triangle and Camel.

As I continue to travel ever farther down this path of yoga that I am on, I invite you to join me, and I leave you with these words from Patanjali’s Yoga Sutras.

Now, instruction in yoga, in accord with an established tradition, begins. (I.1)